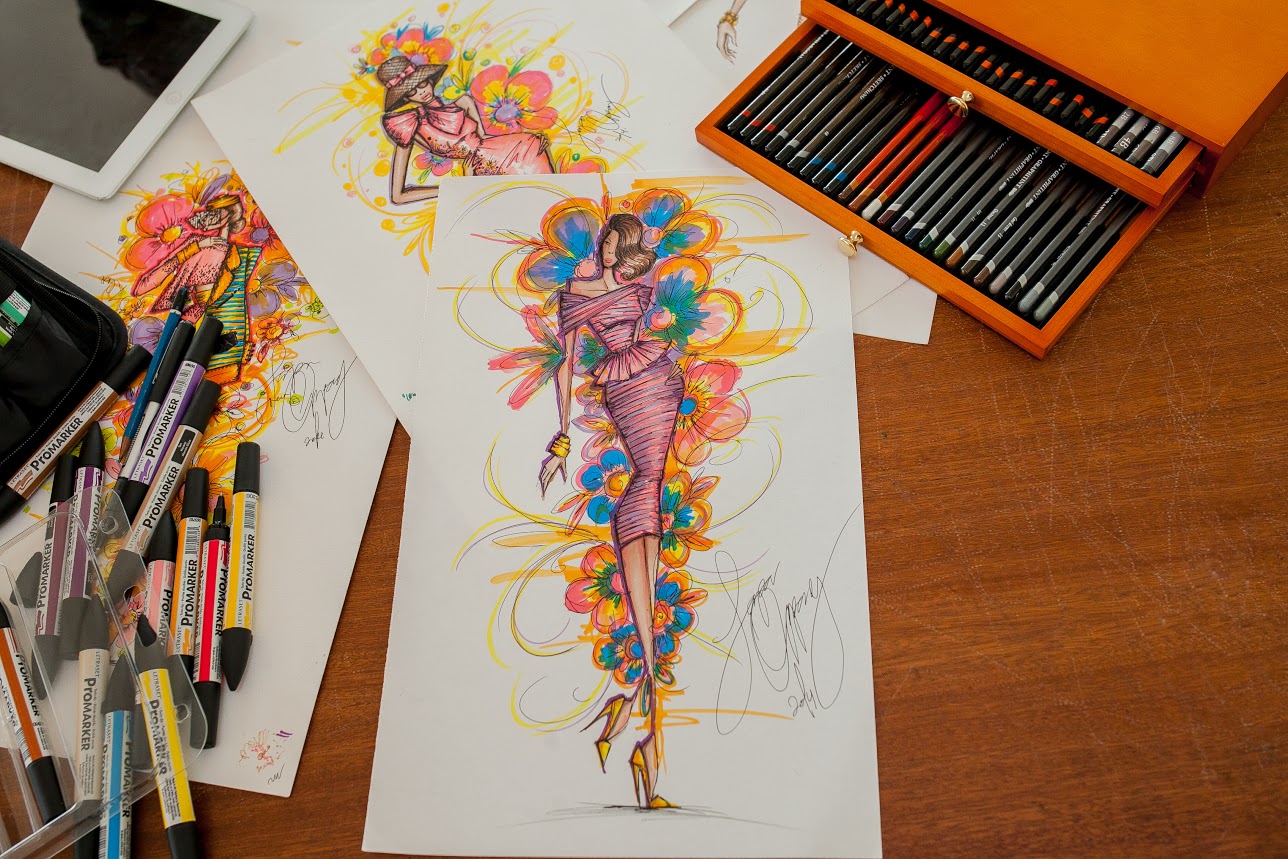 Fashion illustration is so magical captivating the imagination, the stylish sketches presenting another dimension to the multi-faceted world of fashion. Having declined in popularity over the decades following its heyday in the first half of the 20th Century as photography became the medium of choice to document latest trends fashion illustration is now going through a revival thanks in part to social media. This renewed interest has brought forth several leading names such as Megan Hess, Kate Rodgers of Paper Fashion, Jenny Walton and Hayden Williams whose iconic illustrations have fuel the interest in the artform. Not to be out done Africa has seen the emergence of a young exciting group of fashion illustrators who are adding their creative voices and perspectives to the global dialogue, particularly when it comes to representing diversity, and among them include: 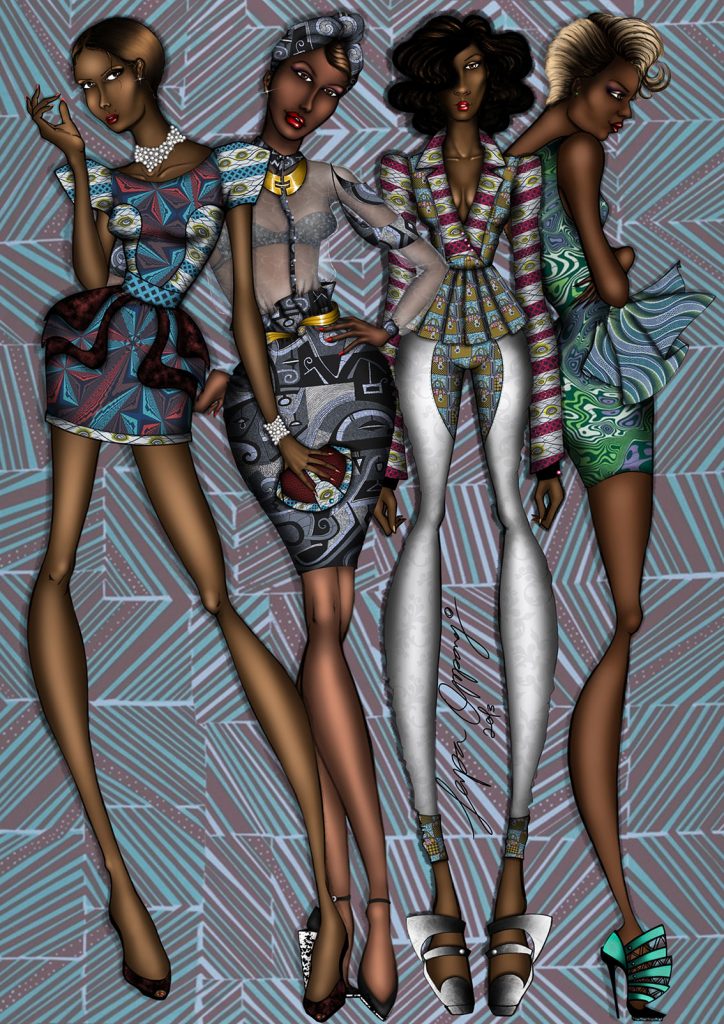 Papa Oppong is a Ghanian fashion illustrator and designer known for his sassy illustrations of beautiful black women women. Long legged and exaggerated poses characterise his figures, often clothing them in vivid, electric colours. Oppong uses his work to challenge negative portrayals of black women in the media, casting his subjects -that comprise both fictional and real-life celebrities- as strong, independent women. 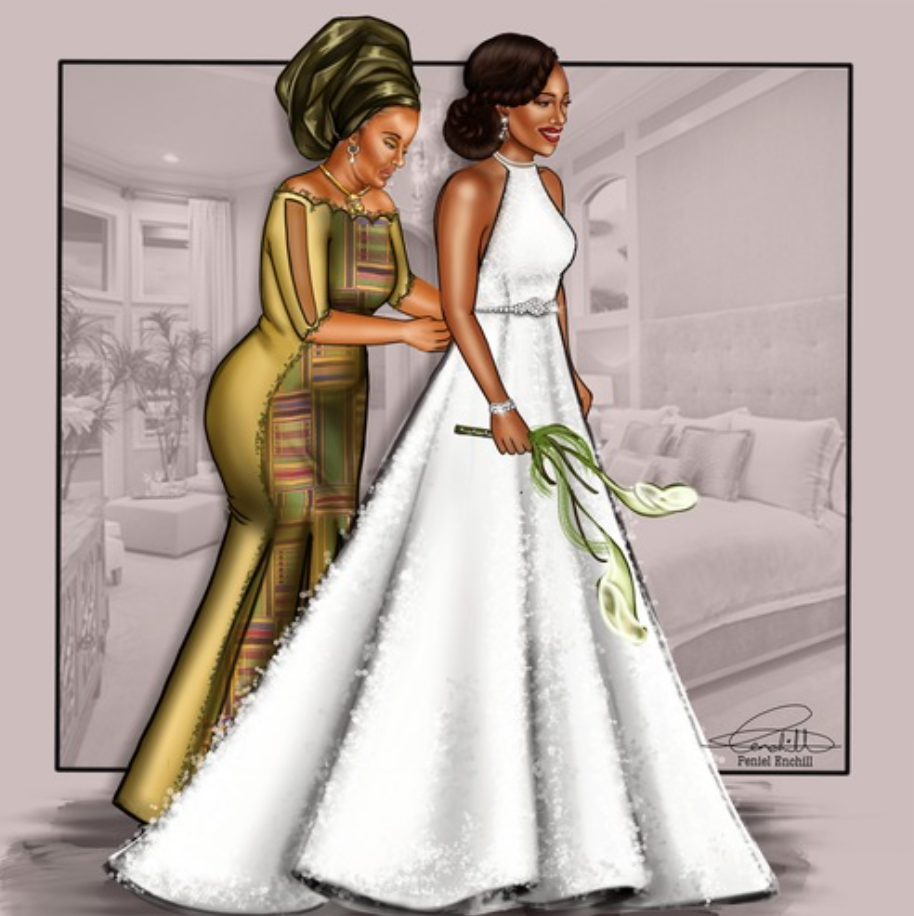 Peniel Enchill is a fashion and lifestyle illustrator whose work is in part inspired by her West African heritage. Born in Ghana and raised in the UK where she lives Peniel Enchill’s illustrations use inspirational visual story-style settings to celebrate black love, friendship and female success and empowerment; images and stories that tend to get glossed over in mainstream media. 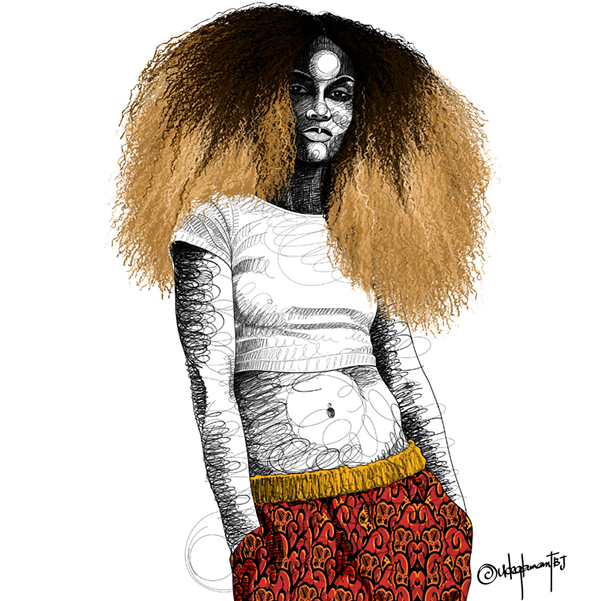 Udegbunam TBJ’s fashion illustrations are inspired by modern Africa. The Nigerian fashion illustrator dedicated a whole series to the ever-popular African print wax cloth fabrics. His illustrations are characterised by carefree swirls and squiggles that add energy and movement to the figures and in the process reflect the dynamic, creative energy flowing through the African continent. 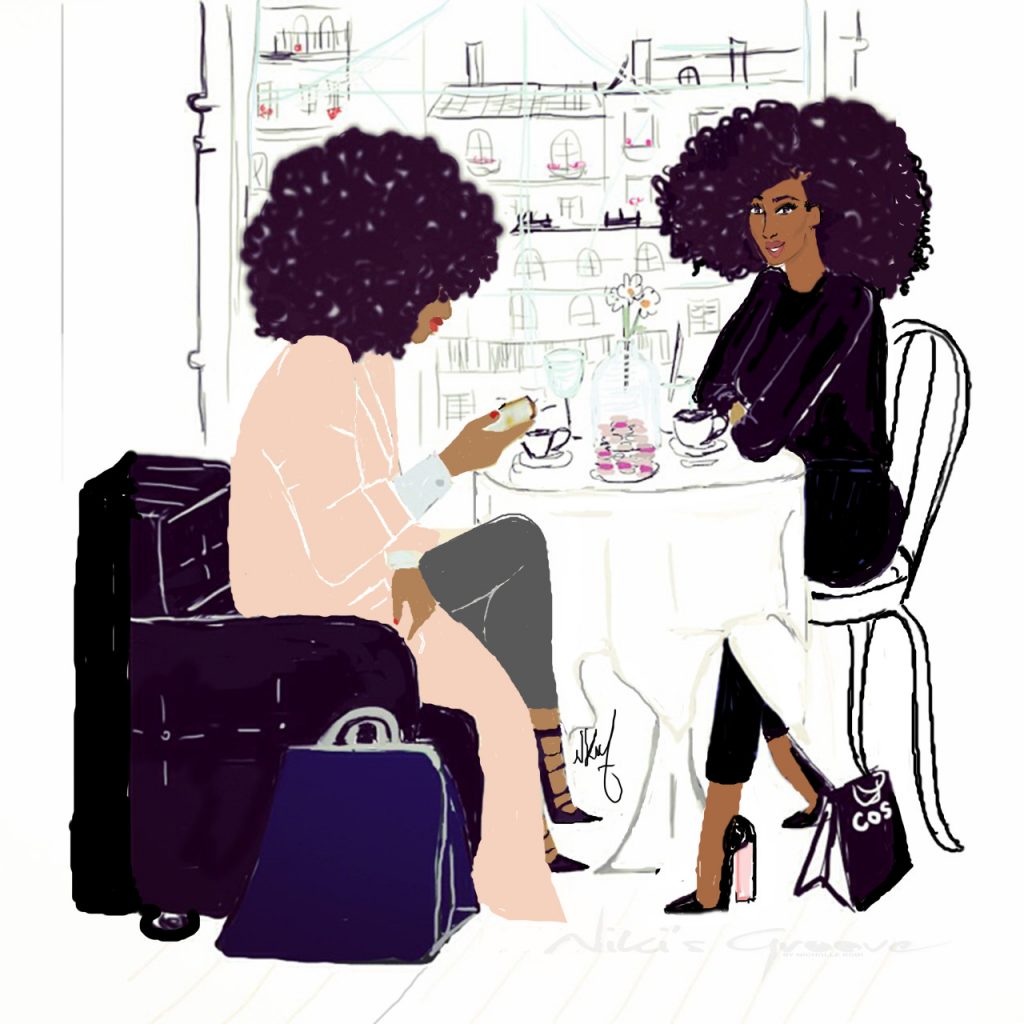 Nicholle Kobi is French fashion illustrator of Congolese heritage. Her inspirational illustrations combine French chic with natural black beauty. Afros abound as modern women of colour go about their days lived out in the inspirational settings she creates for them. 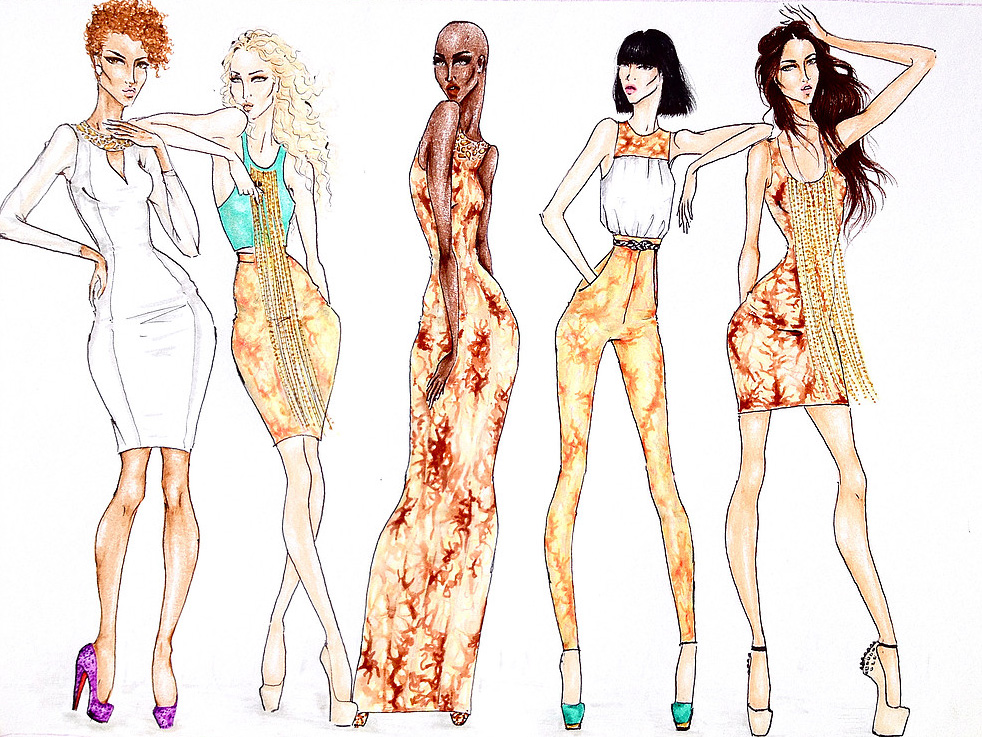 A fascination with the female form sees Ghanaian fashion illustrator Kobby Adu sketch out tall, powerful women. Fashion illustration for Adu is a release for his imagination, a way to capture moment’s in time and also to showcase clothing designs that may never be developed. 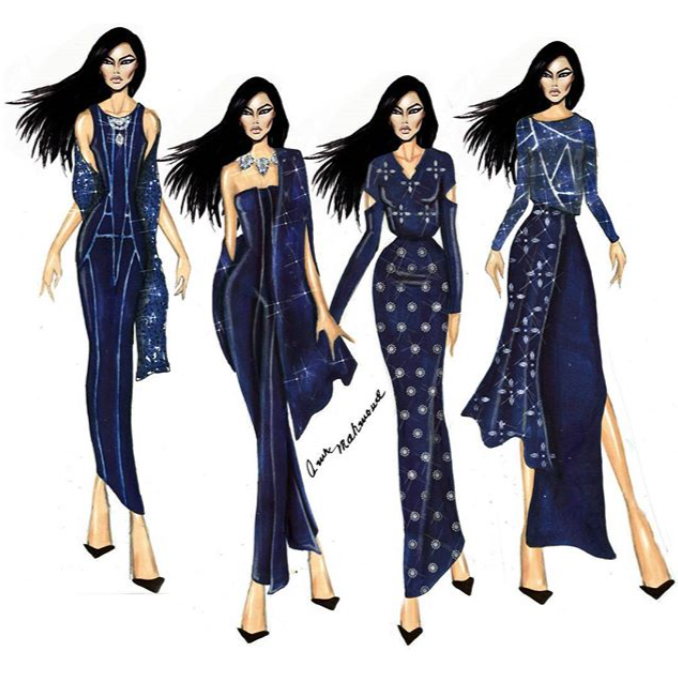 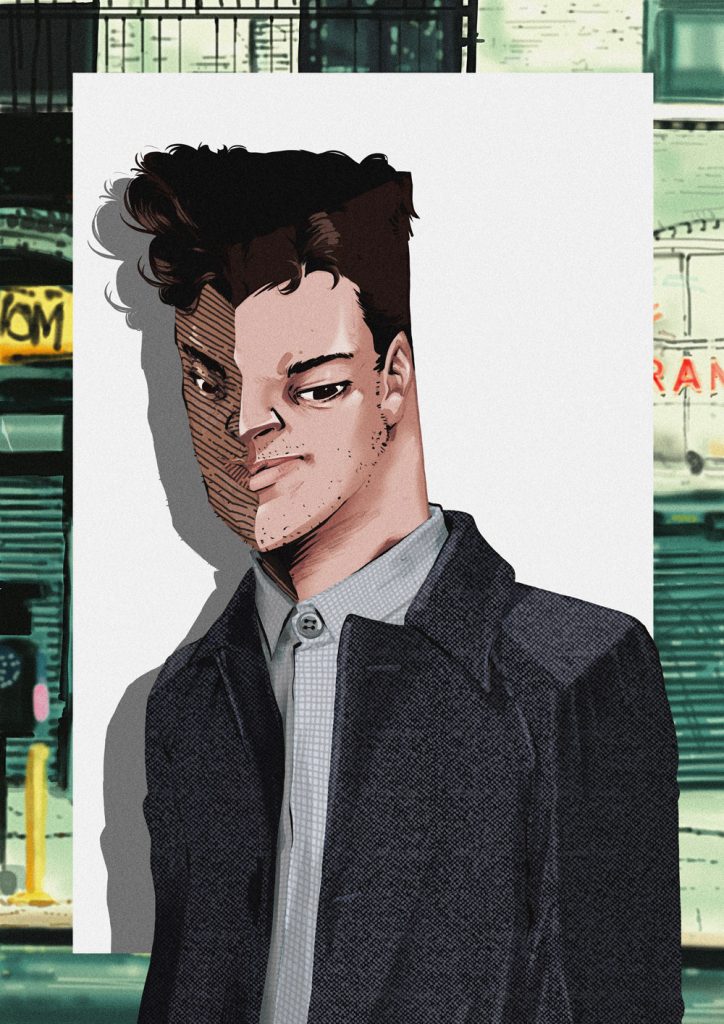 Pola Maneli is not a fashion illustrator in the strictest sense. The South African creative is a freelance illustrator and creative director. Maneli draws inspiration from many sources with fashion and photography being key. An interest in the way clothing was drawn by Japanese Anime illustrators made him pay particular attention the type of clothing he creates for his own characters. And, to show his appreciation for fashion Manell to create a conceptual street-wear fashion illustration series.

The African fashion illustrators shown provide a glimpse into a fascinating creative discipline.