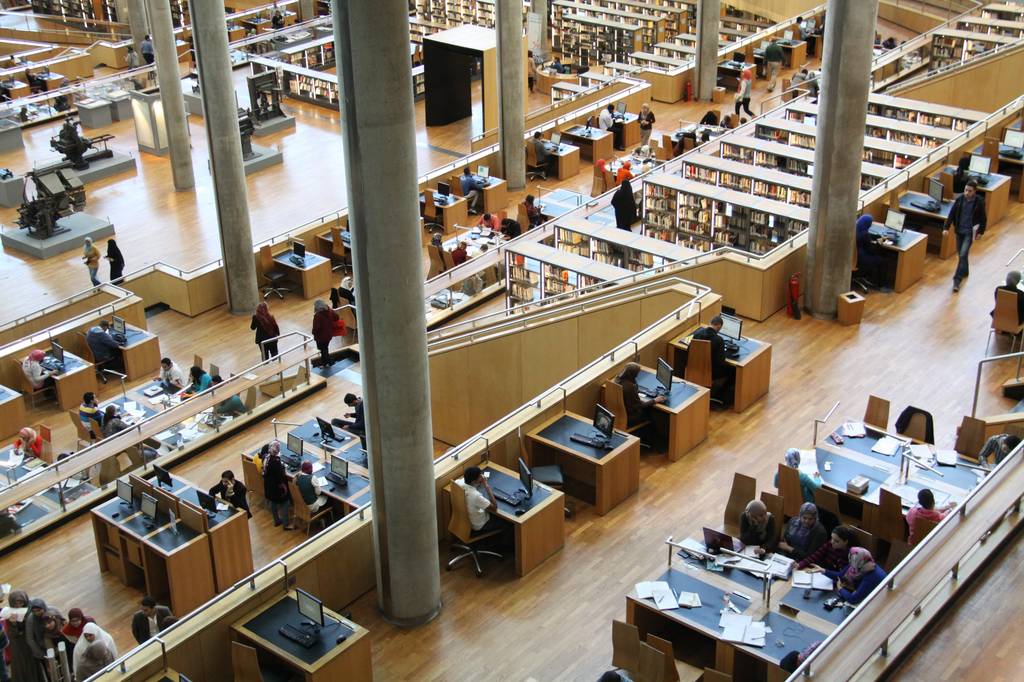 Some of the earliest archives of books and reading culture were to be found in Africa. Most notable are the ancient library of Alexandria in Egypt, a renowned seat of learning throughout the ancient world containing many scrolls and books, and the legendary city of Timbuktu in Mali a trading post on the trans-Saharan caravan route famed as an intellectual and spiritual capital throughout the 15th and 16th centuries, and still home to ancient artistic, religious and scientific manuscripts said to date back to 8 AD that have been preserved and protected through the ages despite attempts to destroy them in recent times. Inspired by this rich fascinating history we discover ten of Africa’s top libraries, many attached to universities as follows: 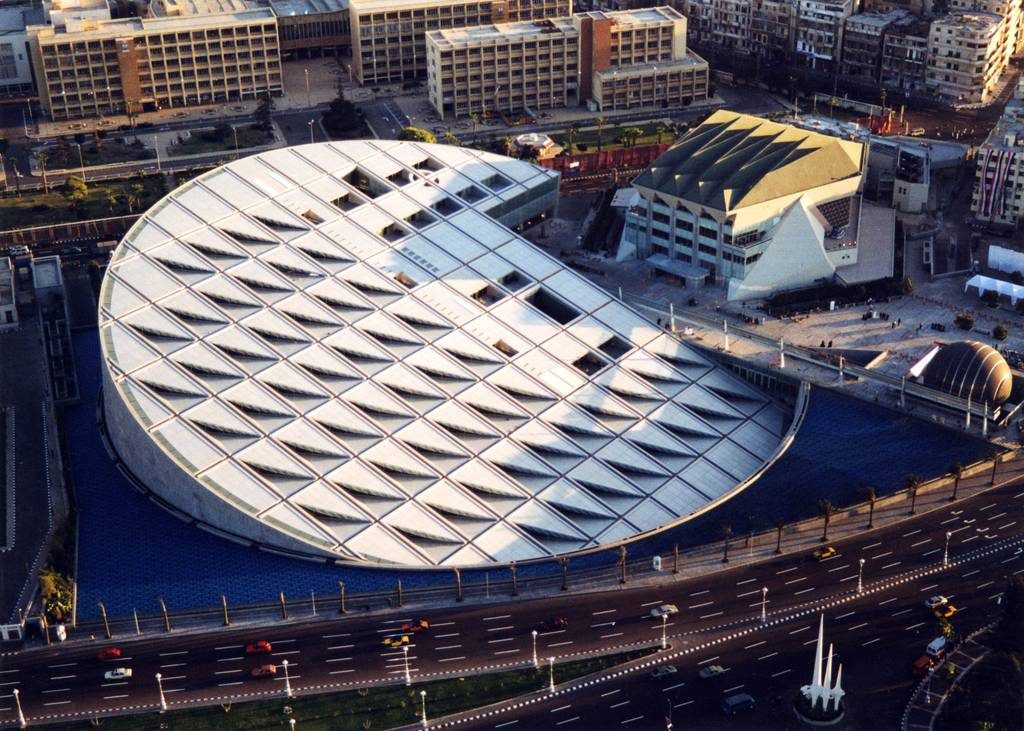 The Royal Library of Alexandria as it stands today emerged from the Ancient Library of Alexandria, one of the largest and most important libraries of the ancient world. The ancient library housed a large collection of culturally important scrolls and books and was a renowned centre for study, discussion and dialogue, attracting many great scholars of the age. The great Library was destroyed by fire, which resulted in the loss of many of these important manuscripts. One of Africa’s top modern libraries, The New Library, The Bibliotheca Alexandria was reborn in 2012 and is part of an impressive modern complex where the arts, history, philosophy, and science come together, just as they did in ancient times. 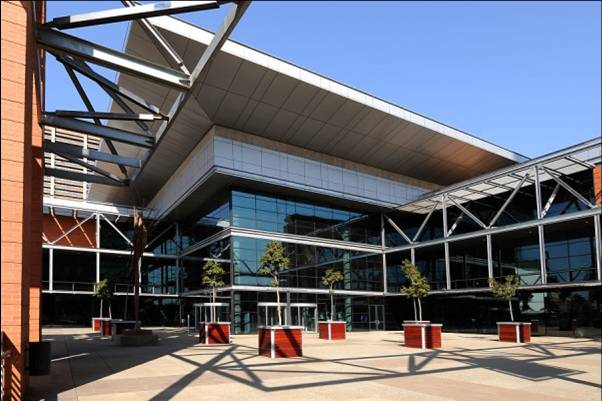 The National Library of South Africa is South Africa’s leading national library and is also an information centre for excellence in Africa and the world. One of Africa’s top libraries the Library is the primary resource and custodian of South African documentary heritage and promotes creative, effective and efficient access to the information it has to all. One of the best libraries in Africa the National Library of South Africa upholds a mission to preserve published material to ensure that it is not lost to posterity and to make these materials accessible to all. The library collection includes rare manuscripts, local and foreign publications, maps and reports, many of which are available in print and digital versions.

Six October University Library is one of the best academic and public libraries in Egypt. It intersects learning and culture to support the university’s diverse curriculum and academic research, whilst providing services to the local community. The Library functions as a university library, public library, and electronic library offering direct access to selected international databases, along with Internet access and self-learning materials. Six October University Library holds more than 85 thousand of textbooks, references and other material written in Arabic and foreign languages, in addition to more than one thousand theses. The public library collections consist of information sources on different topics of about 20 thousand items available for readers and outside borrowers. It also includes a number of newspapers, magazines, and different types of maps, children’s stories and games. 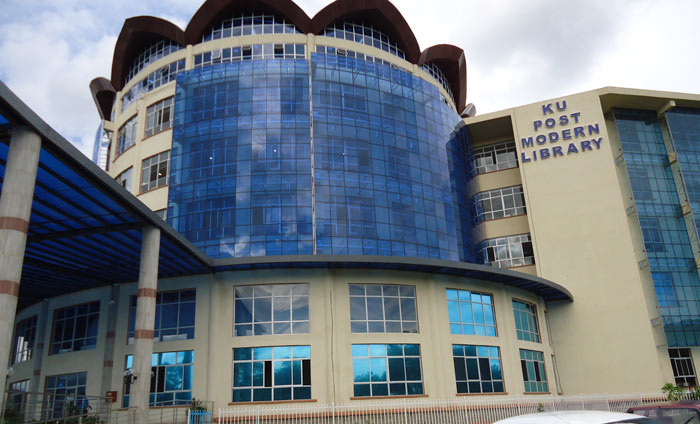 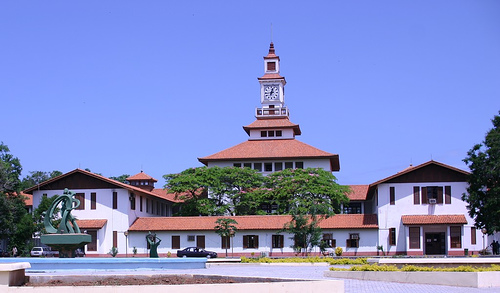 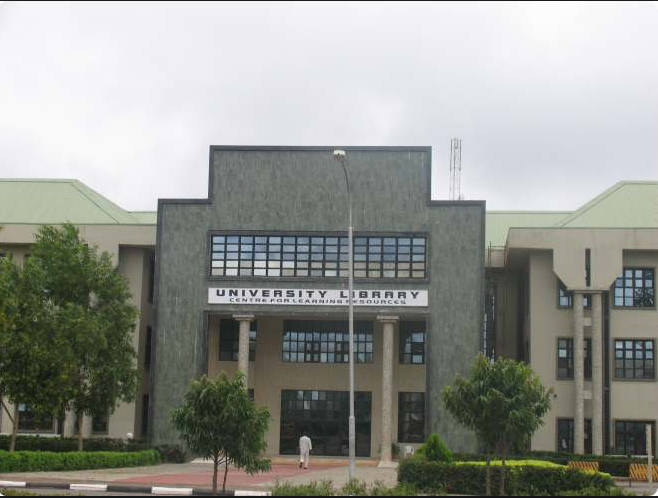 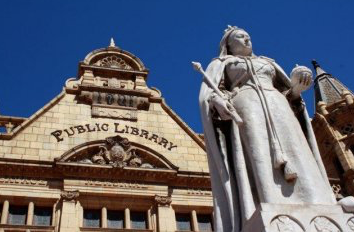 The Port Elizabeth Main Library is the only historic building in South Africa built as a public library, which is still functioning as a public library today. The building as it stands today was opened in 1902, and is a magnificent structure that combines Victorian Gothic architecture with an intricate, decorative terracotta façade. One of the best libraries in south Africa, The Port Elizabeth Main Library is situated in the North Western corner of the Market Square, in Mandela Bay, and features a majestic Sicilian marble statue of Queen Victoria erected in 1903 and has since kept watch over the Market Square. There were plans to demolish the building to make way for a Provincial Administrative block, but fortunately in 1983 the building was declared a historic monument and is free to the public to visit.

The Nnamdi Azikiwe Library is part of the University of Nigeria Nsukka Campus. The Library was named after Nnamdi Azikiwe, who founded the University of Nigeria in 1955 The University formally opened 1960, and at the time was the first local and independent university in Nigeria, and is today one of the five elite universities in the country. The Nnamdi Azikiwe Library is a progressive library, which started with an archive of 12 000 of books that has since expanded to more than 700,000. The libraries collections has since been upgraded and digitized, making a wide range of resource material accessible.

The MISR University for Science and Technology Library is striking modern library with a distinctive architectural design. The Library houses a general collection of books and other resource materials in print and digital. In addition to this the Library is in the process of building specialized collections in areas including medical and biological sciences, engineering, mass communication, business, languages, archeology and information technology. One of Africa’s top libraries the Library serves faculty, researchers and students and offers training opportunities to students specializing in library science and information technology.

The CL Marais Library was built between 1900 and 1901, and was the result of a generous donation by benefactor Mr. CL Marais. The CL Marais Library was the first library to be built on the Stellenbosch University campus. The Library is an imposing building built in the Neo-Classical, Neo-renaissance style. It was granted status as a national monument in 1982. The library has expanded over the years to accommodate the University’s ever-growing collections. 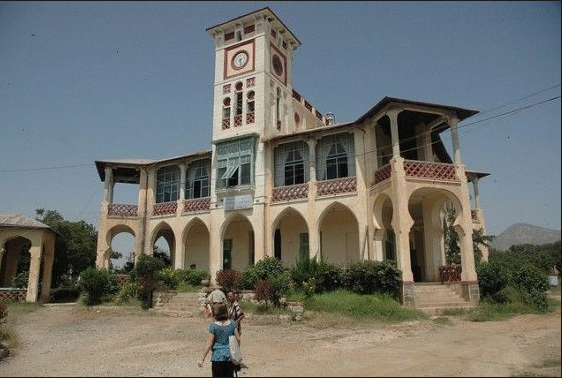 Eritrea had made concerted efforts of over the years since its independence to develop and modernize its libraries. The country’s libraries have benefited from international organizations to help build and develop it libraries, one being the Keren Public Library. One of the best libraries in the country the Keren Public Library brings together Eritrea’s history and knowledge for public use. The Library and Information Studies Association helps communities across Eritrea to expand and develop public libraries.