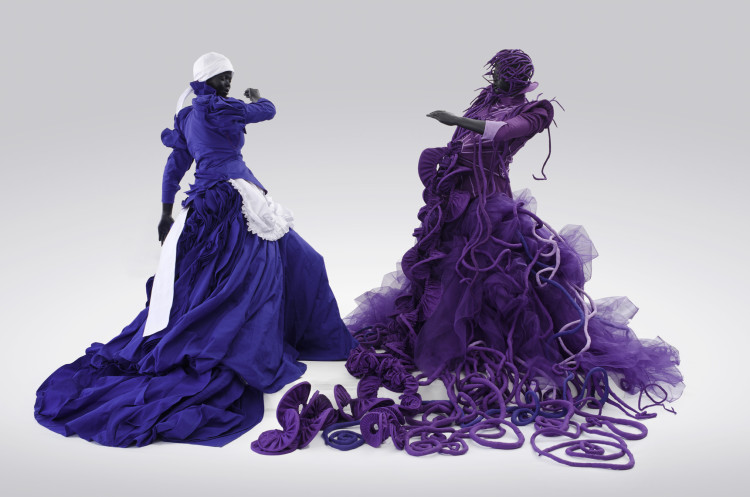 South Africa: The Art of a Nation is a landmark exhibition at the British Museum that takes you on a visual journey through 100,000 of the nation’s creativity starting with the earliest examples of creativity from rock art through to modern masters. 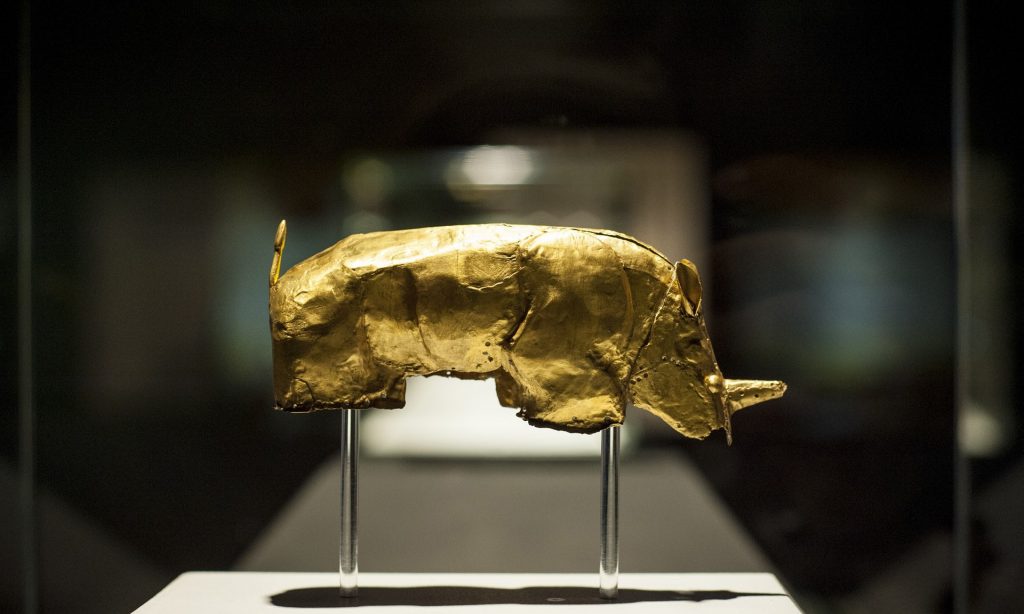 Highlights include a rock with what looks like a face weathered on its surface and is thought to be an early example of people collecting art; rock cave paintings; ancient gold treasures -among them the golden Rhino- from the legendary Mapungubwe kingdom dating back 800 years. And bringing us to more recent times also on display is the BMW Art Car by artist Esther Mahlangu, which takes centre stage. Handpainted with colourful Ndebele patterns using chicken feathers as per the traditional techniques, the car was painted in 1991 to mark the end of apartheid. And finally the thought-provoking work of Mary Sibande, the Johannesburg artist, whose artwork ‘A Reversed Retrogress: Scene 1 (The Purple Shall Govern)’ is comprised of two figures cast from her body that signify a nation past and present through its people and their roles in society. 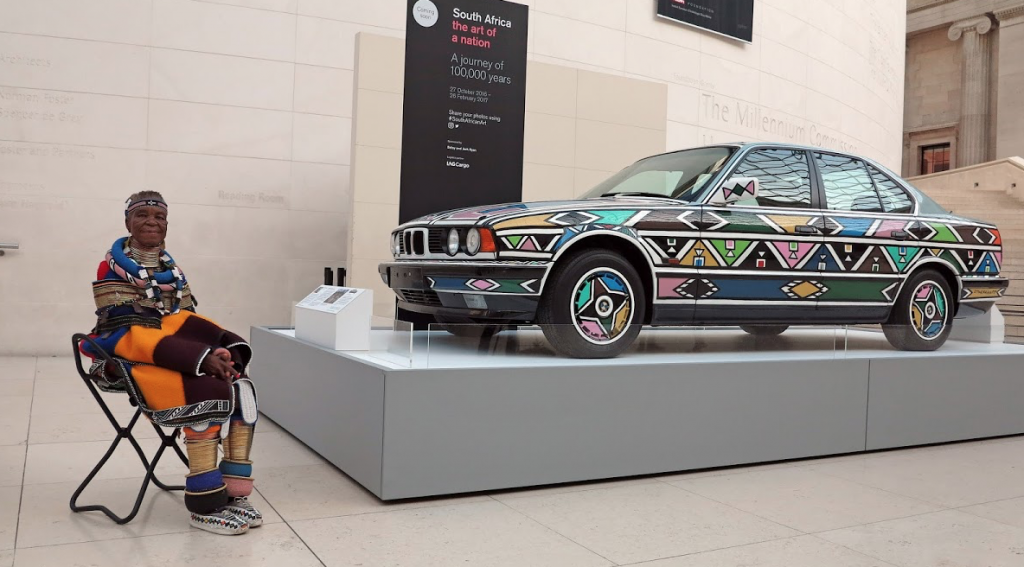 For tickets visit the British Museum.