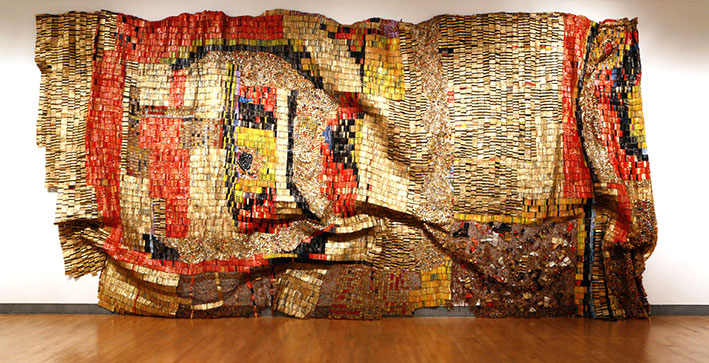 El Anatsui is one of the leading figures of contemporary African art. He is best known for his fluid metal wall sculptures, constructed from discarded materials. El Anatsui work is inspired by diverse indigenous African cultures, his artworks telling the continent’s rich history through the materials used and objects depicted.

One such example is his ‘Man’s Cloth’ series of shimmering blankets imbued with pattern, colour, and texture, which reflect Ghana’s rich fabric weaving traditions. Each artwork was constructed from thousands of discarded alcohol bottle tops and foil bottleneck wrappers, that were individually hand shaped into squares, rectangles, and triangles and then connected together with copper wire. 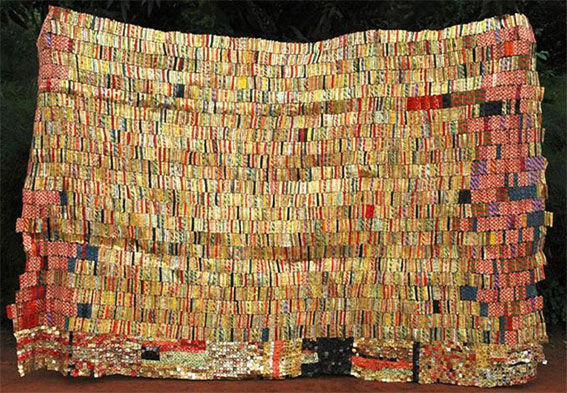 Before turning his attention to using recycled materials, El Anatsui’s early work made use of metal, wood, clay, paint. The materials used served to create a visual narrative of the trade between Africa and Europe, where commodities like alcohol were traded for slaves and locally woven fabrics. El Anatsui also uses his work to highlight issues such as the negative impact widespread consumerism has in eroding cultural values.

El Anatsui is based in Nigeria where he relocated from his home of Ghana to take up a teaching post at the University of Nigeria, Nsukka. He taught at the university for thirty-seven years, becoming the Professor of Sculpture and Departmental Head; a post he retired from in 2011. 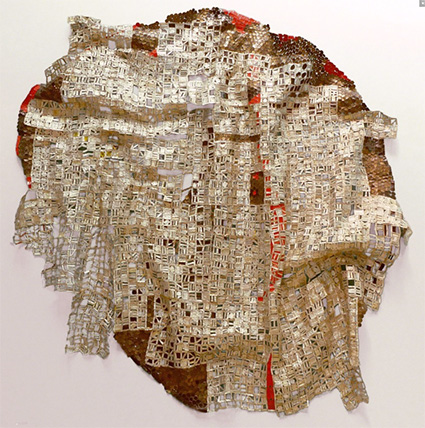 In a career spanning over forty years, El Anatsui has exhibited his work globally to critical acclaim and undertaken residencies all over the world and is today recognised as one of the ‘foremost contemporary artists of his generation’ (The October Gallery).