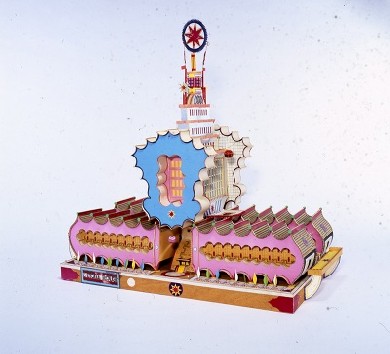 Bodys Isek Kingelez was a visionary artist who imagined fantastical futuristic contemporary African architecture and megacities. Studying, working and living in Kinshasa during an ongoing period of great political turmoil, like many Kingelez witnessed firsthand the upheaval, chaos, and destruction caused throughout the city. And so the Congolese artist started to question the human condition and to explore ideas of how to regenerate the city. Kingelez began creating magnificent models of his visions, and soon dedicated his creative practice to what he called ‘Architectural Modelism.’

Kingelez began by creating individual buildings before moving on to construct entire cities, creating magnificent urban utopias filled with waterways, parkways, monuments, stadiums, and avenues. Referring to the buildings as ‘Extreme Models’ Kingelez constructed them using found materials including tin foil, paper, cardboard, plastic, matchboxes and bottle caps. Kingelez’s vision extended beyond Kinshasa he embraced a future of African renewal. A new world of harmonious, peaceful well-being that would allow citizens from all walks of life to flourish. He dreamt that one day his model cities would be realised a real living breathing cities. 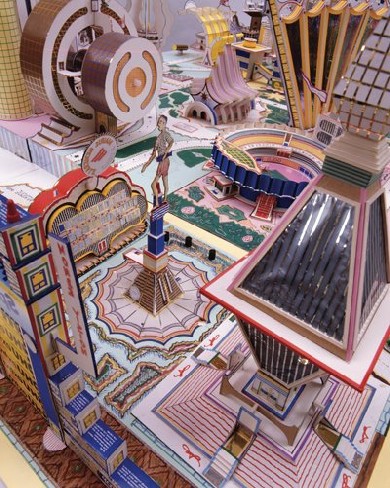 “I wanted my art to serve the community that is being reborn to create a new world, because the pleasures of our earthly world depend on the people who live in it. I created these cities so there would be lasting peace, justice and universal freedom. They will function like small secular states with their own political structure, and will not need policemen or an army.”

Bodys Isek Kingelez died in 2015, leaving behind a lot of amazing works of art with such incredible detail. He may not have lived to see any of his models brought to life, but his visions of contemporary African architecture to create beautiful functional African cities lives on in the practices of visionary architects like Francis Kere, Delphina Namata Serumaga-Musisi, Kunle Adeyemi, Makena Makeka, Issa Diabaté, Joe Osae-Addo, Miriam Kamara, Luyanda Mpahlwa, Saad el Labbaj, SAOTA and David Adjaye to name a few who collectively are defining the aesthetics of the homegrown contemporary African architecture that is rising up in many cities across the African continent, and exporting it beyond. 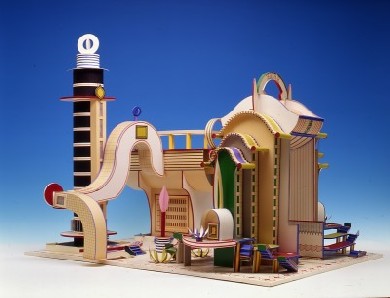 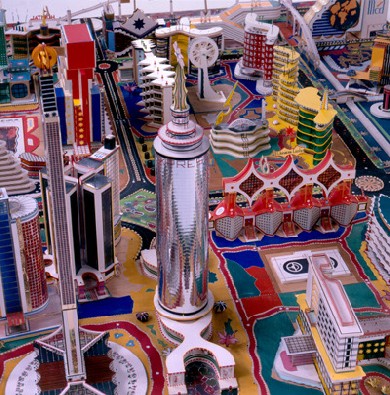 Seeing and appreciating the work of Bodys Isek Kingelez is the reason Shoko Press is committed to championing Africa’s creativity, and we believe that it is important to cherish and create records of our creative voices both past and present for the benefit of the future.

[Image credits: The image shown belong to the Pigozzi Collection and were sourced from CAACART, if used elsewhere as a matter of courtesy please credit accordingly]