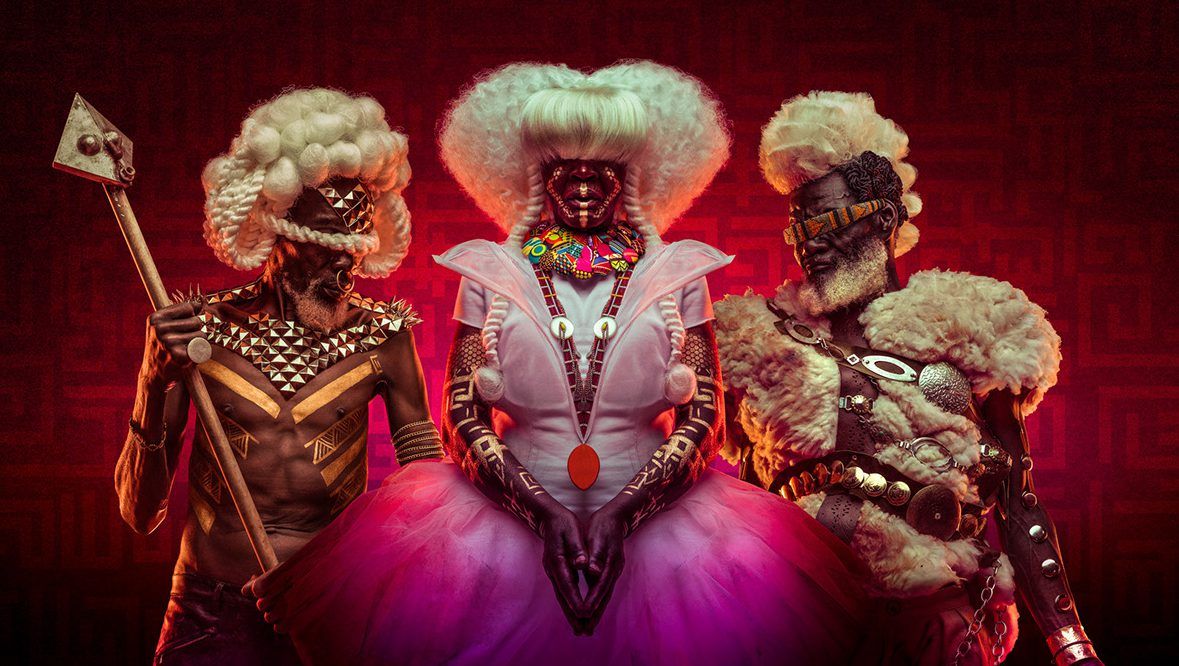 Unless you have been living under a rock, the visual spectacular that is Black Panther has set popular culture alight with its imaginative portrayal of a futuristic African continent had it been untouched by colonialism. From the costumes, use of local languages to incorporating traditional cultures and customs, Black Panther seeks to celebrate and respect rather than homogenise elements of the African continent’s richly diverse cultures earning it widespread critical acclaim. And in doing so has reignited the conversation around Afrofuturism. Afrofuturism is a term that has been cropping up a lot in recent years, so you could be forgiven for thinking it is a recent phenomenon.

So What Exactly is Afrofuturism

Afrofuturism is cultural aesthetic combining arts, technology, science, and fantasy with African cultures, and in doing creates a vision of a future shaped by black technological excellence. The term was first coined in 1994 by cultural critic Mark Derry, in his essay ‘Black to the Future’, and the roots of Afrofuturism is said to reach back to the 1950s. Pioneers of the movement include writer Octavia Butler, Boney M, visionary artists Sun Ra, Grace Jones through to modern day figures among them Janelle Monae and Solange Knowles. Looking to the African continent there is a rising crop of creatives who have embraced the Afrofuturism aesthetic to create their futuristic vision of the continent. Among them are: 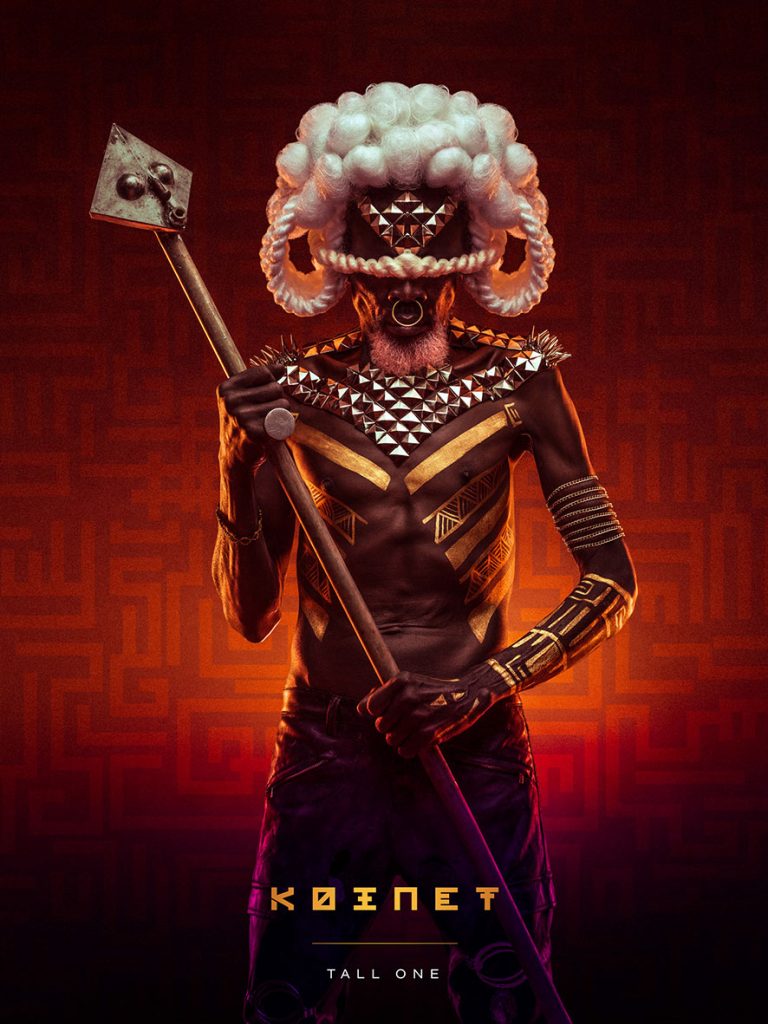 Award-winning Kenyan digital artist Osborne Macharia was approached by Marvel to create an exclusive art piece for the  Black Panther Movie premiere in London. Entitled ‘Ilgelunot‘,  which translated from the Masaai language means, The Chosen Ones, the artwork tells the story of three blind elders who were trusted advisors to the Black Panther. 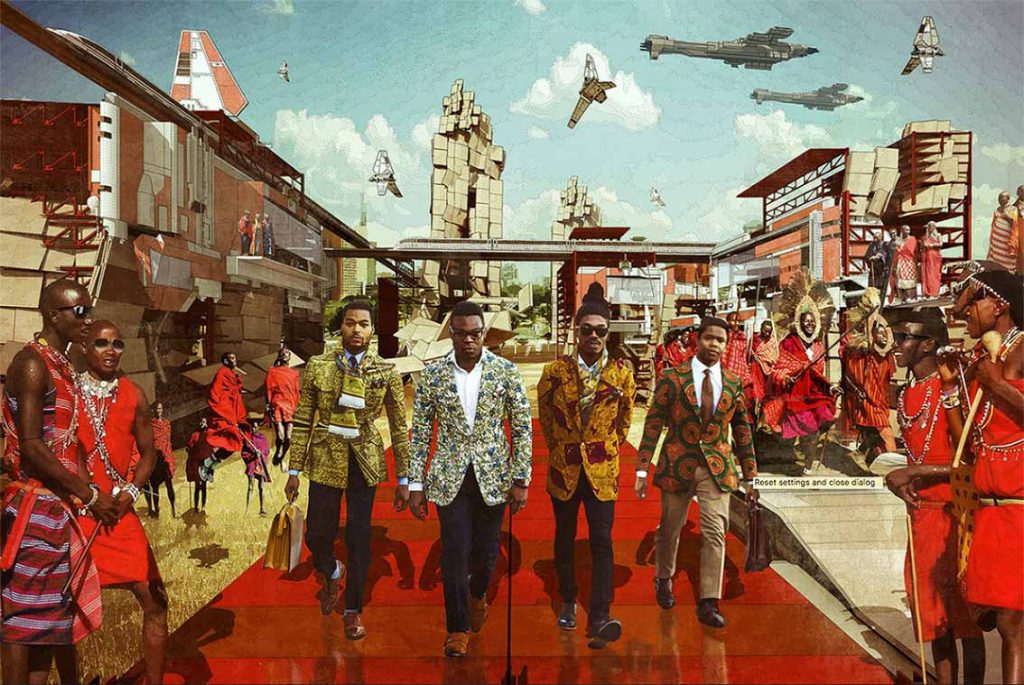 Driven by a passion for telling stories through clothes, Walé Oyéjidé the founder of menswear line Ikire Jones teamed up with the illustrator Olalekan Jeyifous to create a series of graphic illustrations depicting Africa in the year 2081 A.D. One of the label’s scarves ‘From Wakanda, With Love’ was design and commissioned especially for the movie Black Panther. 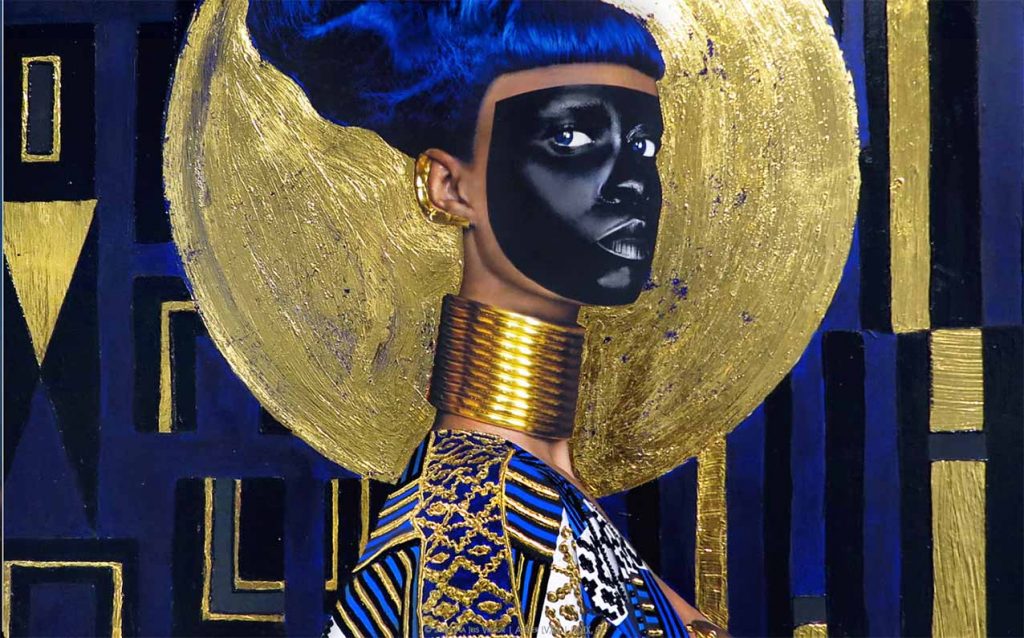 Lina Iris Viktor is a conceptual artist, performance artist, and painter. Her work is shaped by contemporary and ancient methods. One characteristic of her work is creating large dark canvases inscribed with symbols and intricate patterns gilded with 24kt gold achieving an aesthetic that is at once futuristic yet displaying the characteristics of ancient artefacts. 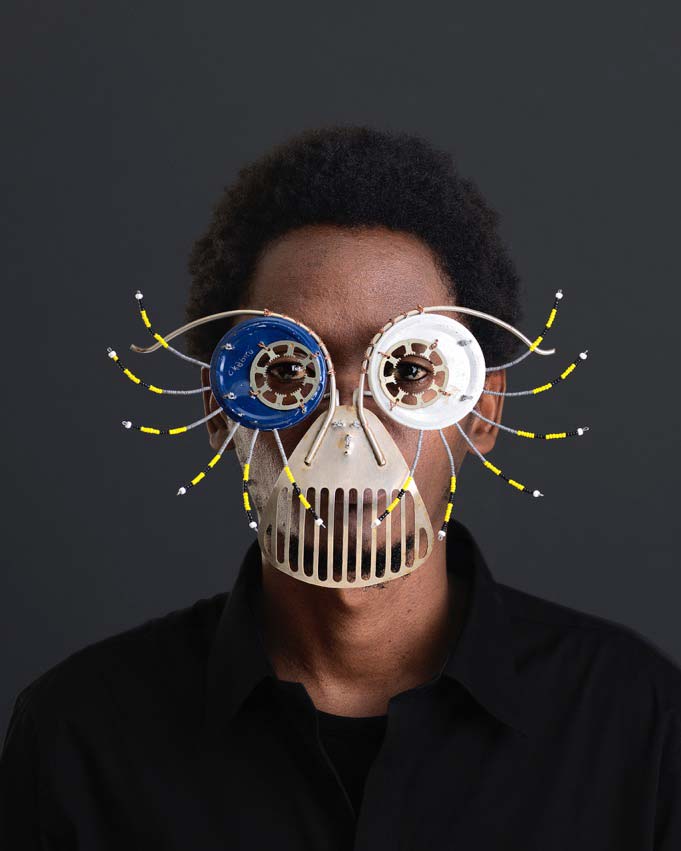 Artist and sculptor, Cyrus Kabiru uses art to give discarded materials a new lease of life. Kabiru is perhaps best known for his ‘C-Stunners’ series, an ever-growing collection of sculptural glasses, made from anything from bottle tops, cutlery to electronic waste. 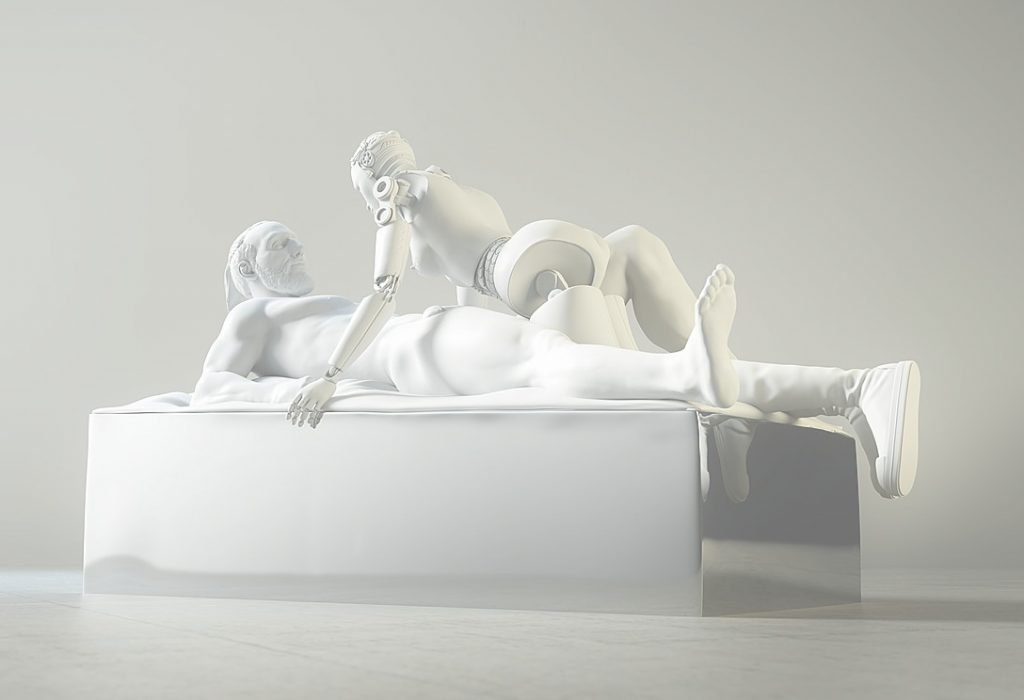 The late artist and industrial designer Kossi Aguessy had a fascination with how we would interact with art and design in the future. As a result, his aesthetic be it a sculpture, painting or char design was often characterised by futuristic forms. 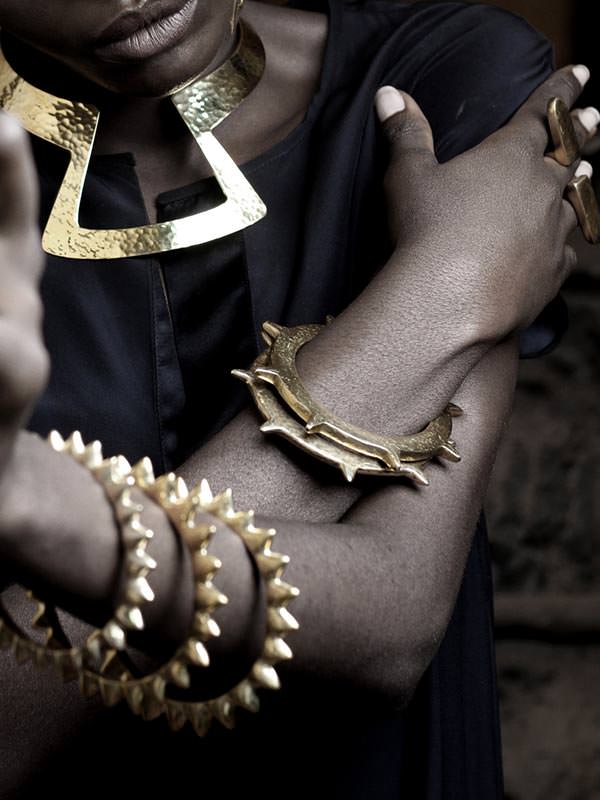 The jewellery designs and brand image of luxury jewellery label Adele Dejak have more than a touch of Afrofuturism about them. From the shimmering streaks of gold leaf combined with natural materials such as cow horn and bone, to the amour like metal collars and disc rings that would not look out of place in Wakanda. Adele Dejak jewellery is all about empowering women to be bold and embrace their inner warrior. 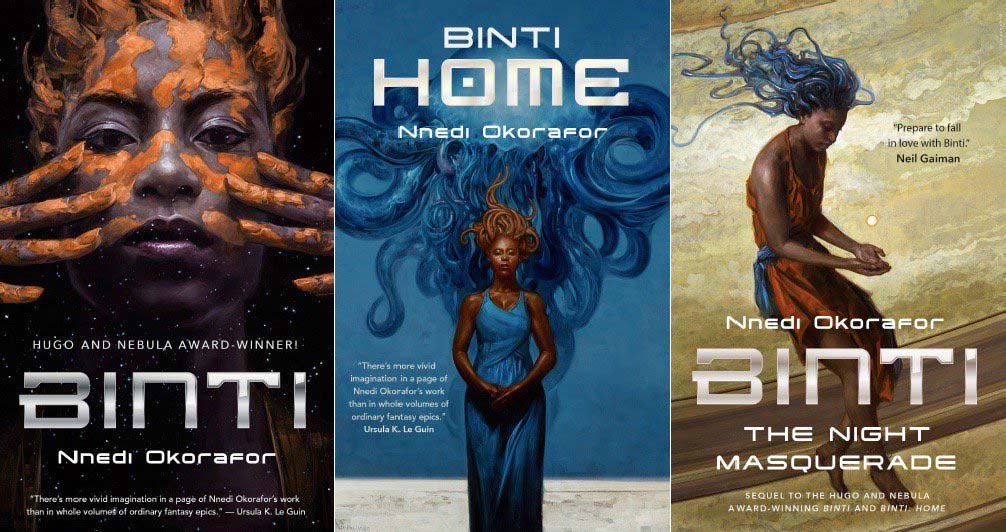