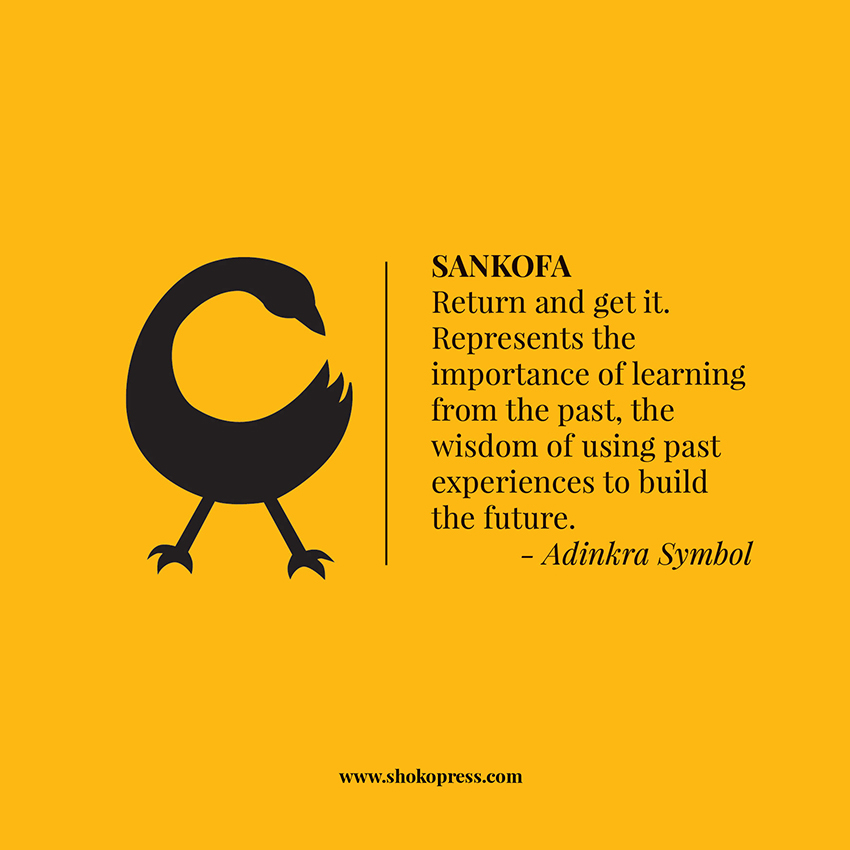 Adinkra symbols are an ancient Asante writing system, identified by the decorative, graphic forms making up each symbol. There are said to be over 100 Adinkra symbols in existence, each based on wise teachings, proverbs and folk stories that have been handed down through the generations and added to over time. Adinkra symbols served to express the connection between the verbal and the visual in Akan culture. Once sacred, their origins are steeped in history with legend speaking of two warring Kings involving the Golden Stool.

Adinkra symbols were created by the Asante and the Gyaaman peoples of two states that were part of the Akan empire, now present-day Ghana and Cote’ d’Ivoire. The word Adinkra translates from the local Twi language to mean ‘saying goodbye to one another when parting’ and refers to a traditional mourning cloth which was commonly worn by royalty and spiritual leaders at funerals and special occasions. The cloth would be printed with symbols carved into calabash stamps inked with vegetable-based dyes, the symbols conveying messages and expressing the feelings of the wearer about the deceased. Over time the significance of the cloth has evolved and although still worn in mourning, it is now worn at happy occasions like weddings and is available to anyone. Today the word Adinkra now collectively refers to the printing technique, the symbols themselves, and the cloths which are often made by local communities where men, women, and children all participate in their creation.

Adinkra symbols are in the public domain and there does not appear to be any restriction on their use, and due to their decorative nature and significance Adinkra symbols have inspired people around the world, who use the symbols to design jewellery, create logos and much more. But one cannot help to wonder that if anyone and everyone can use the symbols if this unrestricted use does not then take away from the representation, significance, and cultural meaning, causing the symbols to lose their value?

One response to this concern is that the meanings and messages conveyed by the symbols are meant to benefit people by giving advice, encouragement, and warnings where needed, and rather like the proverbs of the Bible they would be of no use to those who could benefit from their teachings if hidden away, thereby defeating the very purpose of their existence.

Here are a few popular Adinkra symbols and their meanings: 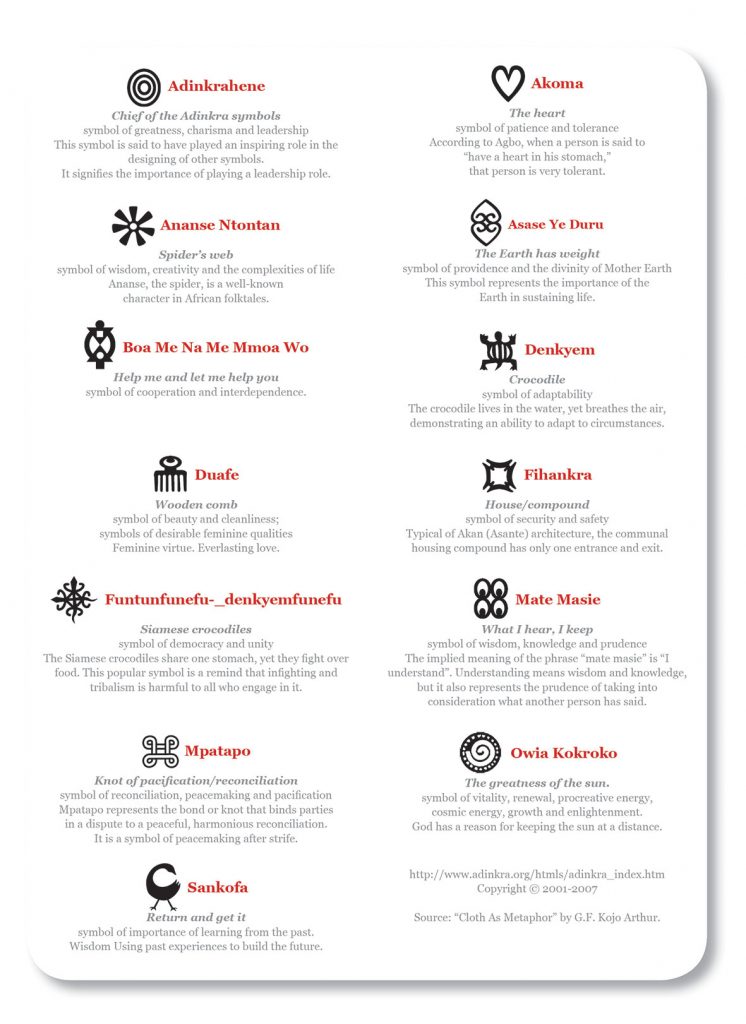 Do you have a favourite Adinkra symbol, and why? Do share in the comments.